It is a private renaissance hotel built in 1545 for Master Henri Choilly, a wealthy cloth merchant  in Rheims. This hotel was bought by the  de la Salle family in 1609 and Jean -Baptiste was born there on April 30th 1651. At that time it was called « Hotel of the bell »  where Jean- Baptiste had a happy childhood, before he moved to some other place. In the middle of the XXth century the hotel took the name of « Hotel de la Salle » when it was bought by the lasalliens Brohers. Nowadays thousands of people come from all over the world every year to visit the place. 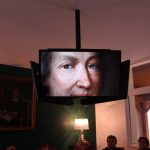 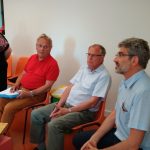 The General Assembly of the Hotel de La SalleUncategorized